Lara and the Beat; A reluctant review.

Worst bit first, I got to the cinema too early and finished my popcorn before the movie started and when it was time go in, I had to order another large popcorn.

Right off the bat, I should let you know this movie was such a let down.

The only nice thing was the first shot; the now almost cliche aerial sweep of Lagos Island.

I settled into my seat happy as a lark, as I had just been served an unexpected drink at the Imax cinema in Lekki. It was my first time there and their movie showing time synced perfectly with my schedule.

I love Somkele but even she, soon fell flat.

It seemed that the only direction Seyi Shay had been given was, "be as annoying as possible". She nailed it. Then, there was Vector. Hmm! Let me say other things first.

Uche Jumbo played her role, sporting the weirdest accent, one even shadier than her character. It was all one big mess. I don't think the story was terrible but the conversations were disjointed and the transitions were god awful.

Why is this the only kind of comic relief Nigerian supporting characters can come up with?

Halfway in and I think, if Sheyi Shay flips her hair one more time...

I'm happy to say Vector was not the worst. He was terrible but he wasn't the worst.

The movie began with Dara (Somkele) finding out the family's business was being threatened and the family was about to lose it all, a suitable major plot. I could not understand the sudden love connection between Dara's bratty sister Lara, (Seyi Shay) and the driver Sal (Vector). When Sal explains his artiste name, we find out he is "the beat". So, the movie is about "Lara and 'the beat'" - Seyi and Vector- even though at first they feel like a sub story, they are not.

Nobody thought to do away with the sound of Lara's bangles jangling incessantly throughout the movie. More terrible dialogue and acting between Seyi and Vector.

Sal, who works as a driver and some kind of studio assistant lives in a nice apartment. We are blessed with an improbable explanation for Sal's nice things; his apartment, luxury car service and bikes. He is a driver because he inherited a car rental business. He drives the girls because he wants to be around them. Okay, I don't even mind that. After all, Jean Grey came back from the dead because she may have wrapped herself in a telekinetic cocoon. However, why is he a subservient assistant to Osita Iheme's character?

Is that fake rain? Why would you do that Nollywood? Why?

I actually laughed out loud when Iheme Osita asked, "Na joke you dey joke?" which clearly shows comedy doesn't have to be smart to be funny. Or is something wrong with me? Whatever...

My second large popcorn and chapman are long gone and I can only hope this movie will soon end. And then, rather abruptly, it does.

There are after credit scenes but I can't get out of the empty hall fast enough. 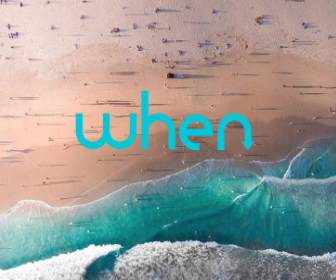 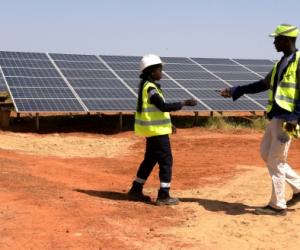 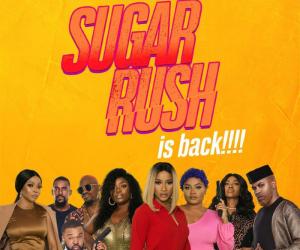 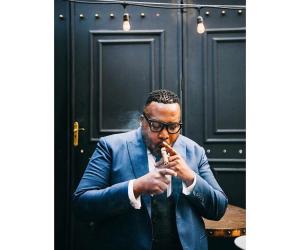 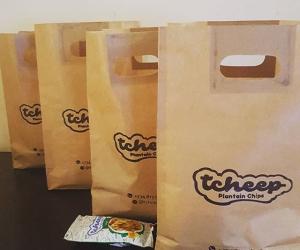 Get your Tcheep on.
4 years ago